Two of America’s biggest holidays happen this month: Hanukkah and Christmas. While I’ve been celebrating and watching people celebrate these holidays all my life, it came to my attention recently that I have no idea where these traditions came from. So I did a little bit of digging, watched a whole lot of the History Channel, and here’s what I found.

A Story of Hanukkah

Let’s start with Hanukkah, which is a celebration of an event around 200 BCE. Around this time, Jews living in Judea (AKA the Land of Israel) were suffering under a shift in power in the Greek-Syrian government, which had put a tyrant named Antiochus Epiphanes in charge.

Antiochus outlawed the Jewish religion and demanded that all Jews worship the Greek gods. He enforced a series of increasingly oppressive laws, which peaked when Antiochus had a statue of Zeus put up in Jerusalem’s holy Second Temple and ordered that Jews be forced to sacrifice pigs to the Greek gods inside the temple. A Jewish priest named Mattathias stepped forward, but instead of offering a pig, he whipped around and attacked the Greek soldiers.

The ensuing fight escalated into a full-scale rebellion, led by Mattathias and his five sons, particularly Judas Maccabee. Within two years, the Jewish forces had successfully used guerilla tactics to drive the Syrians out of Judea. However, the Jewish forces never included more than 12,000 men, and the Greek army had about 50,000.

Afterward, Judas and his followers immediately set to work cleansing the temple, rebuilding the altar, and lighting the menorah. By Torah law, only specially prepared pure olive oil could be used on the menorah there, and they only had enough of it for one day. But as Judas and his followers watched in amazement, the menorah and its meager amounts of oil miraculously stayed lit for a total of eight nights, giving them just enough time to prepare more olive oil. Astounded, they declared those eight nights an annual holiday.

While the rebellion in Judea provides context for a holiday, it is a miracle of the menorah celebrated. The battle-weary Jewish forces then saw it as a parallel to their situation—the little light shed a vast light just as the minority had defeated the majority—as well as a confirmation of everything they’d fought for. This is why Hanukkah means “dedication.”

A Story of Christmas

In contrast with Hanukkah’s celebration of a specific event, Christmas is a massive mix of independently-created traditions from all over Europe. Mostly, it is the result of Jesus’ birthday on December 25th being swirled together with the Roman holiday of Saturnalia.

Saturnalia was a month-long holiday in honor of Saturn, god of agriculture, in which Roman neighborhoods erupted into enormous festivities. In each community, they named one beggar the lord of that neighborhood and gave him all the best food and drink, and just partied hard for the next month. They also celebrated Juvenalia around this time, which honored the children of Rome.

Jesus’ birthday, as created in the 4th century, absorbed Saturnalia but kept around the traditions of giving to the poor and honoring children. Christmas spread to England by the 7th century and Scandinavia by the 9th. When it showed up in America mid-1800s, it was converted to a peaceful family-oriented holiday—the 1800s America was riddled with class warfare and gang violence, so people were already feeling hot-blooded enough without a hedonistic drinking holiday on their hands. Also, parenting styles were becoming less strict, and parents were becoming more willing to lavish gifts on their children. Thus Christmas became a loving, gift-giving holiday.

Give Books for Any Holiday

Books are a great gift to get your children for Hanukkah or Christmas. You might consider hosting a book drive this holiday season to help out children who don’t have books at home. Even if your child is too young to read, giving them books to play with and chew on will help them develop positive reading associations and boost their early brain development.

While BookSpring avoids holiday-themed books through our regular program distributions out of respect for the diverse religions that families teach and practice at home, there are many great children’s books at places like BookPeople and Half-Priced Books, both of whom support BookSpring year-round. In any case, pick up a present for your child to read during the winter holidays! It’s a gift that will keep on giving.

Christmas & Hanukkah – A Time of Stories 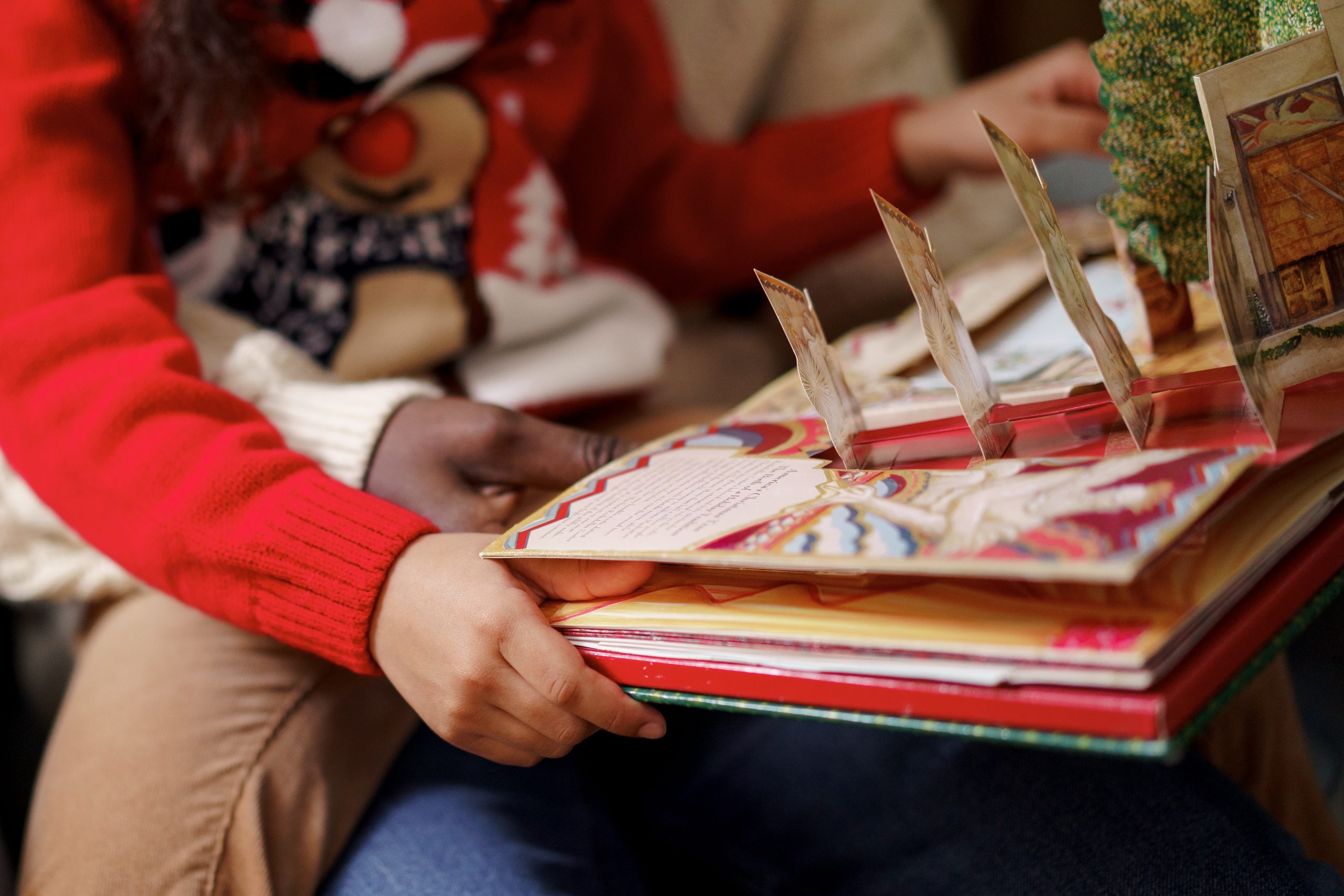 Christmas & Hanukkah – A Time of Stories 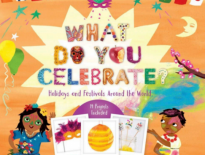