We are teaming up with Generation Serve to promote literacy this summer and beyond! Kids and teens are sharing with us some of the books they are reading over the summer. Here are some recommendations. 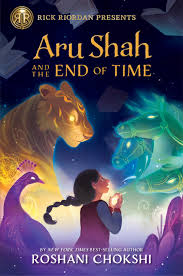 This book actually has a second book but in my opinion, this book is better than the second. It starts in a museum in Atlanta that her mother owns. She is strictly forbidden to touch an exhibit but decides to touch the exhibit with some of her classmates. When she touched it, she had stopped time and frees an ancient demon who wants to awaken Shiva, the god of destruction. She meets many new people and goes on a crazy adventure in this amazing book.

Lalani of the Distant Sea by Erin Entrada Kelly 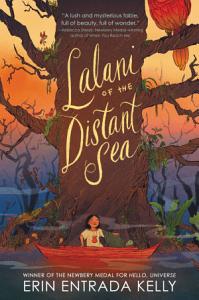 Lalani faces an impossible future with her mom deathly sick and her stepfather and brother are cruel and sexist. It hasn’t rained in forever and she is worried about her village. She only wanted to help her friend Veyda and baby Toppi by going up the mountain. But everything is her fault now. The rain never stops coming down relentlessly and causing unspeakable disaster. So Lalani does what only one girl on the island of Sanlagita has ever done before. She slips into a tiny scouting boat in search of Isa an island where everything is said to be peaceful and happy. Where countless of the strongest men have failed on the sailing day she will succeed. Right? That other girl never returned.

The Savage Fortress by Sarwat Chadda 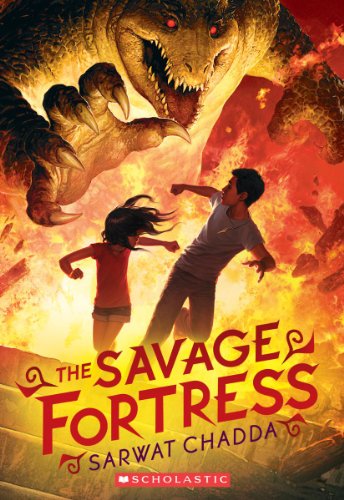 This story is set in India.  I learned about Indian mythology, like Ramanaya.  The main character is Ash.  He is 13 years old and is spending the summer in India.  He figures out there are real elements of legends such as the evil King Ravana and rakshasas (or shapeshifters).  He finds a golden arrowhead that can maim the evil King.  He is the hero in this story and there is another character, Lord Alexander Savage, who is trying to restore the power of the evil King.  It is interesting- there are snakes, crocodiles, supernatural shapeshifters, fights, Indian mythology, mystery, and the possible end of the world as we know it!  I like this book because it has action.