Reading is a great activity to relax and calm anxious nerves. We recommend families read together twice a day to reduce stress.

Barbara Campos is a BookSpring volunteer with a passion for books and reading. She recently compiled a list of children’s books, for the kid in your life spending most of their time indoors lately. 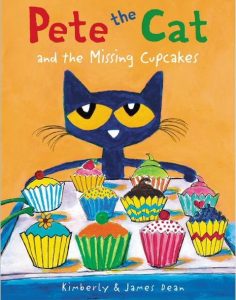 Pete the Cat and the Missing Cupcakes by Kimberly & James Dean

Pete the Cat and his friend Gus (a platypus) baked cupcakes for a party one afternoon. They counted the cupcakes when they were done, but noticed that the cupcakes started to disappear. They began to look for clues to find out where the missing cupcakes had gone. After speaking to some of their friends, they solved the mystery, but had to make a decision about how to handle the cupcake thief. Pete the Cat and the Missing Cupcakes is written in rhyme and is illustrated with bright colors, so is a super choice for kids between the ages of 4 – 8. This book is just one in a series of Pete the Cat titles, so there are many more “Pete and friends” adventures to discover. 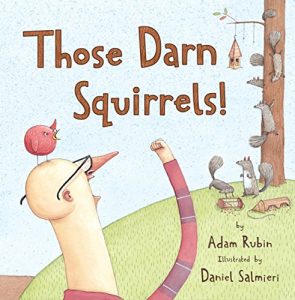 Those Darn Squirrels! by Adam Rubin

“Those Darn Squirrels!” tells the story of Old Man Fookwire, an very grouchy old man who lives in a secluded area, and whose only pleasure is painting pictures of the birds in his backyard during the summer. As the summer comes to an end, the old man worries that he’ll be lonely when the birds fly south for the winter. So he builds lots of birdfeeders, fills them with seeds and berries, and hangs them in his backyard. Unfortunately, the birds aren’t the only ones to take notice of the food – the squirrels are also hungry, and determined to store away as much food as possible before the winter starts. The story continues with the old man and the squirrels trying to outsmart each other; the squirrels have clever plans to steal the food and Old Man Fookwire has crafty ideas to keep the squirrels away. Both the writing and illustrations are witty and funny, and almost every page gets a laugh. A super choice for kids 4 – 7 years old. 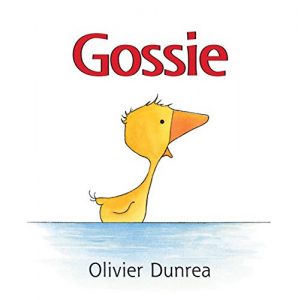 Gossie is an adorable baby goose, or gosling, who treasures her red boots and wears them everywhere, every day. She especially loves to wear them when she goes out for walks. But one morning Gossie wakes up and her boots are nowhere to be found, which makes her very sad. Find out what happens when Gossie searches high and low for her red boots and makes a very special discovery. A great book for kids ages 3 – 5. 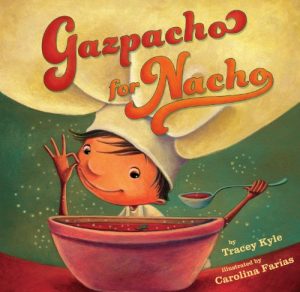 Gazpacho for Nacho by Tracey Kyle

Nacho is a boy who loves to eat one thing, and one thing only – delicious gazpacho every single day and night. Nacho’s mom prepares different dishes for him all the time, but he refuses to eat any of them. He won’t even eat freshly-baked bread, churros with milk, or ice cream! So Nacho’s mom decides to take him to the market to buy all of the ingredients that go into his beloved gazpacho, and asks him to help her prepare it for dinner one night. Nacho has so much fun cooking in the kitchen, that he starts to think about what new dishes he might create (and eat!) in the future. Each page of “Gazpacho for Nacho” has several Spanish words sprinkled in and a glossary at the end of the book to help translate Spanish words to English. All of the verses in the book rhyme, and it’s lots of fun to read the rhyming in both languages. As a bonus, there’s a quick and easy recipe for gazpacho at the end of the book! 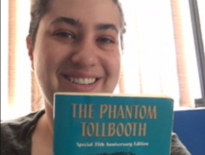